Are your current flow controls allowing air to leak out of your pneumatic lines? If they are, then your machinery isn’t operating at full efficiency and you could be essentially throwing money away. In some cases, you might even be operating an unsafe system that could suffer a breakdown at any minute.

While this might sound like a nightmare scenario, the truth of the matter is that countless pneumatic lines aren’t properly maintained. Some people don’t even have their equipment installed properly. As a result, their fittings have a tendency to fail long before they should. Worst of all, most of these fittings are inexpensive generic ones that aren’t stress tested to ensure they’re capable of handling the kind of abuse field technicians put them through.

New flow controls from SMC Pneumatics can ensure that your equipment works the way you expect whenever you power up your air compressor.

We have modules that can fit almost any use case, so you won’t have to worry about using the wrong kind of part for the job either. Take a look at all of the specialty parts you’ll find in our current catalog:

Our inline type speed controllers feature easy-to-use one-touch fittings, but this in no way compromises their operating integrity. You might think that such a simple part couldn’t hold up to much pressure. However, it’s their simplicity that makes them so rugged. The unit’s retainer prevents accidental needle loss, which means they’re capable of handling around 145 PSI before they start to buckle.

Best of all, they don’t suffer from compatibility problems. Nickle-plated hexagonal lock nuts make it easy to attach these controls to most modern SMC airlines. It also makes them relatively easy to install. An experienced technician should be able to do so in almost no time.

Sometimes a straight inline control won’t do you much good because you have to route a piece of tubing around a corner. Unfortunately, elbow flow controls have a reputation for being weak. Our speed controllers come with the same kind of one-touch fittings you’d find in our inline units, and they all feature a built-in check valve that allows air to freely flow in only one single direction. Perfectly metered flow control in the other direction keeps everything moving smoothly even when the line’s pressure starts to climb.

Since these air piloted flow controls feature an integrated speed controller, they offer the best of both worlds in many ways. They ship with an integrated pilot check valve as well as a temporary intermediate stop dial. This makes independent speed control of different cylinders a breeze.

Field technicians can mount tubes to the control’s fittings in almost any direction because it offers a rather unique 360° design. You’ll even find high-quality electroless nickel plating on all exposed metal components, so concerns about durability and corrosion won’t be an issue. This is especially good news for those who work in damp warehouses and other similar facilities that require your crews to deploy pneumatic equipment in poor conditions.

Each ASN Series Silencer can be mounted in a valve exhaust port and feature a needle valve built right into the housing. This provides a finely-metered flow of exhaust gases that should be perfect for situations that demand a gentle touch.

All speed controllers sold under the ASP banner feature an integrated pilot-operated check valve attached to a speed controller. This unique combination provides for temporary intermediate stops. It also makes it possible to control cylinder speeds independently. Each unit features special plating on all brass parts, which doesn’t inhibit the full 360° degrees users have to mount tubes on the module.

If you need to periodically release air trapped in your circuit’s actuator, then you should consider the X352 variation of the standard ASP design. It comes complete with a manual residual pressure relief valve, which provides for this kind of sophisticated functionality.

This series is perfect for situations where you might need a flow control with a metal body. They stand up well against humidity and other types of atmospheric abuse. You won’t have to worry about an AS series piece not latching on correctly since their fittings are quite sturdy. You’ll be able to find most form factors of flow control in the AS series, which is good news for anyone who has lines running every which way on the job site.

They also make excellent spares. You always should have a number of additional components on hand in case something breaks down. Replace a worn flow control with a new AS series module and you’ll keep your pneumatic circuit running smoothly for years to come. 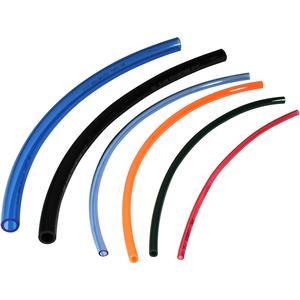